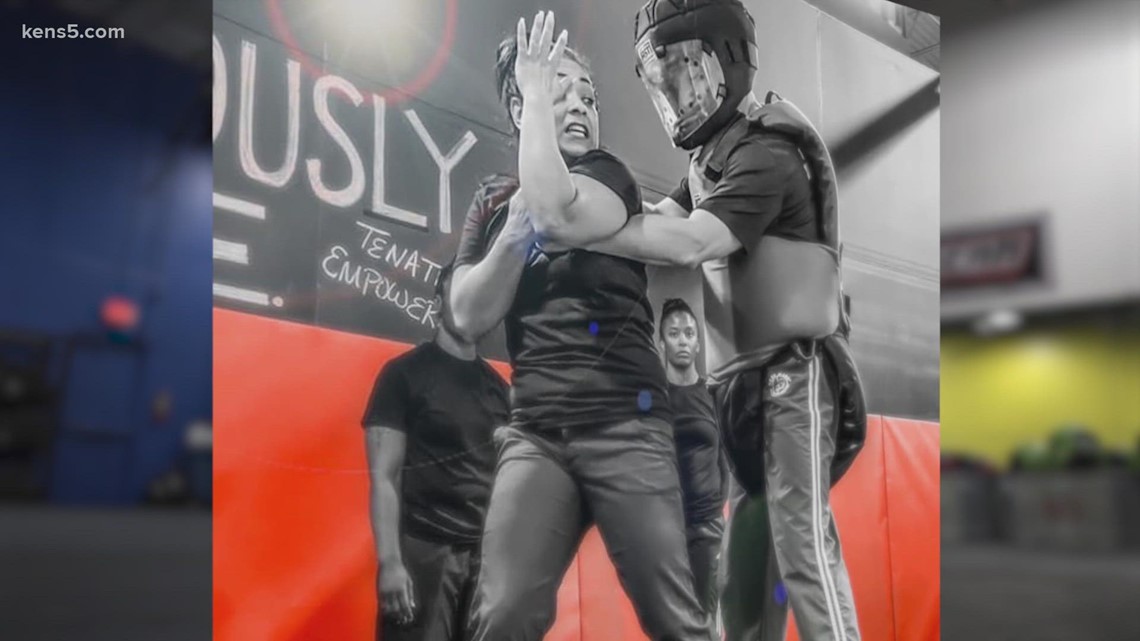 Padded and masked-up instructors will engage in mock scenarios, allowing participants to attack back with full force.

SAN ANTONIO — Tuesday’s surprise attack on a woman at The Rim shopping center in broad daylight has once again reunited conversations about the value of learning self-defense.

A woman named Tesha claimed two men attacked her from behind around 5:30 p.m. in the parking lot near HomeGoods. She said she screamed and fought for her life as she was being hit in the face with rocks.

At one point, the men took off. She said no one came to her aid during the attack.

“Fighting is definitely something that probably without a doubt saved her,” said Pete Hardy, chief instructor and owner of STW Fitness and Self-Defense in San Antonio. “Perpetrators that are attacking people want this thing to be over quickly. They want to get in, take what you have, do what they’re going to do to you, or maybe take you if it’s a kidnapping.

The history of Krav Maga goes back to the ’40s and ’50s in Israel where the nation’s defense forces developed fighting techniques based on real-life scenarios.

It’s a style of self-defense taught at STW Fitness, with emphasis on making precise attacks in an effort to exit dangerous situations quickly and safely.

“The mistake that people make when they start thinking about fighting is that we’re training you to be like a boxer, (that) you’re going to get in the ring and duke it out with these people. That’s not the case,” Hardy said.

The community is invited to sign up for a women’s-only self-defense seminar scheduled for 11 a.m. Saturday at STW Fitness and Self-Defense.

Eight instructors will be padded and suited up prepared to take a beating.

“We come after them (women participants) and we mock up as real as we can that violent attack to see how these ladies would respond. And then we develop training methods for them to learn on how to react to those type of attacks and what skillsets that they can use in the way of striking, whether it be an elbow, a palms trike, a kick, a hammer fist,” Hardy said.

He said targeting the groin area is also effective in fending off assailants.

The event is being hosted by Hardy’s daughters, who lead the nonprofit Dangerously C.U.T.E.; that stands for courageous, unwavering, tenacious and empowered. Proceeds will go toward benefiting Sexual Assault Awareness Month.

The course costs $20 per participant, and the session is open for women between 12 and 60 years of age.  To learn more and sign up, go here.