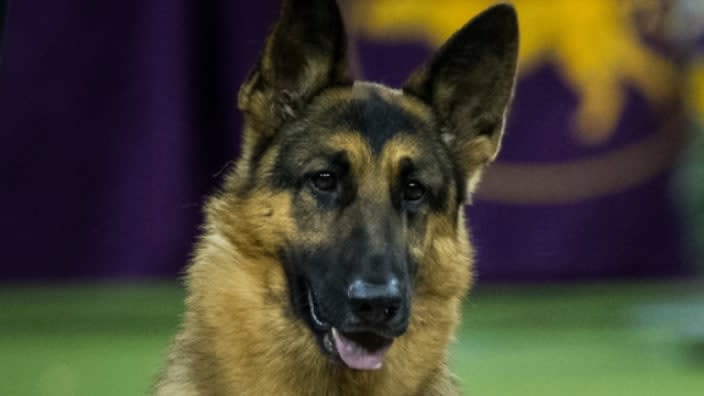 Graphic police bodycam video shows portions of Talmika Bates’ scalp hanging on the side of her skull in the 2020 incident.

A woman who pleaded for help and screamed for her mama as a German shepherd police dog ripped off portions of her scalp has sued the city of Brentwood, California, the dog’s handler and the police department.

Talmika Bates was suspected of shoplifting cosmetics and hid in underbrush in February 2020 when the dog attacked her, KTVU reported. In a four-minute bodycam video that recorded her arrest, Bates repeatedly begs for help and cries out to her mother, who she’d called while concealed in foliage.

According to the KTVU report, the lawsuit states, “This unbridled use of an apparent blood thirsty dog to track, hunt and then attack an unarmed fleeing woman as she lay in a set of bushes harkens back to the days of slavery and slave catchers.”

On the police bodycam video, Bates and the dog are not initially visible, but her cries are loud, and the officer on the other end of a taut leash stands to the right as she begs for someone to restrain the dog.

“Please, he’s biting me! Oh my God, please get your dog,” she cries. About 11 seconds into the video, the arm of a man holding a gun and pointing the weapon towards the bushes where Bates is concealed becomes visible.

Although the woman is screaming and in the shrubs, where the gun is aimed, that armed man assures his colleague of the canine’s safety. “Don’t worry,” he says on the video. “I won’t shoot your dog.”

Almost two minutes later, Bates struggles to emerge from the underbrush and asks for assistance to stand. “I’m dying. Please help me, sir,” she says on the video.

“You got blood up on your hands,” someone responds.

As Bates emerges, two large bloody patches of exposed white surface on her head are visible.

With portions of her scalp hanging beside her skull — and as she asks, “Please, can I get to a hospital?” — an officer cuffs her hands behind her back.

The Washington Post reported that Bates’ injuries resulted in “exposing bone and tissue,” according to the lawsuit.’’ Pointer, one of her lawyers, told The Post that her injuries are “an example of the way in which police do not look at Black and Brown people, or criminal suspects, as humans.”

Bates pleaded guilty to theft charges, KTVU reported, and, according to the news station, she served four months in jail.

The post Woman sues city after police dog ripped off portions of her scalp appeared first on TheGrio.