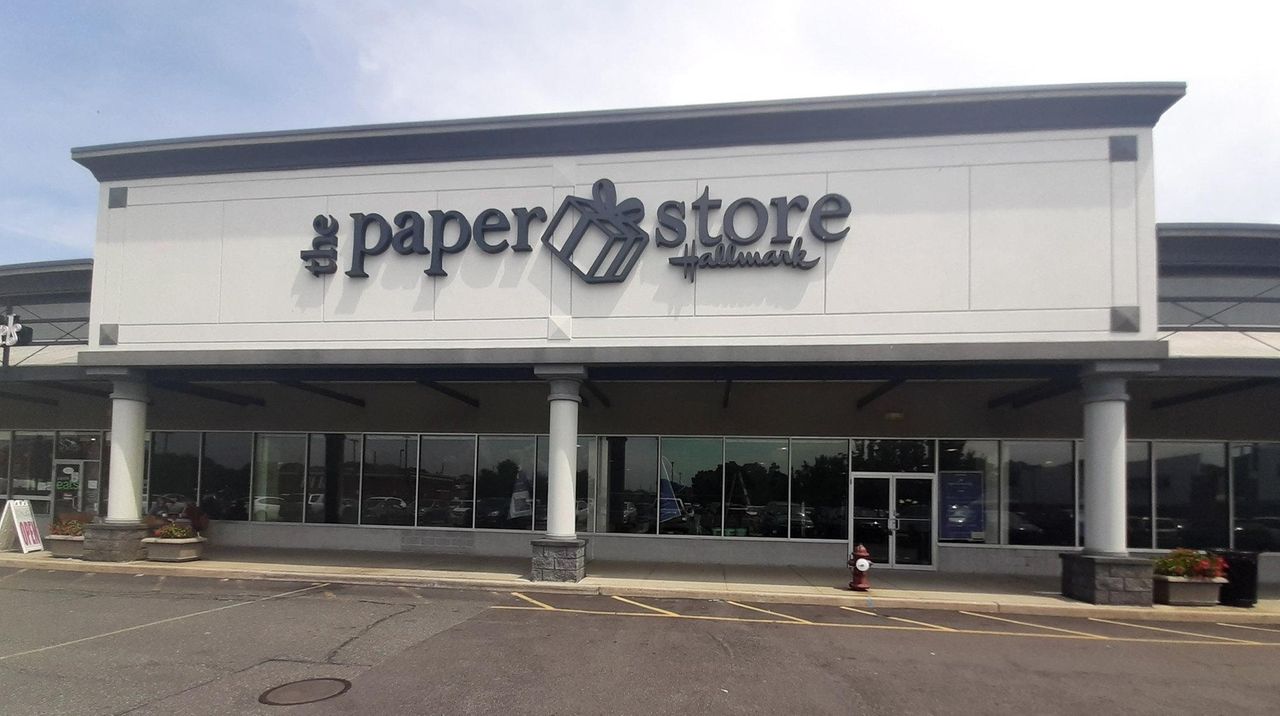 More tenant changes are slated for the Massapequa shopping center where Whole Foods plans to set up shop – and bankruptcies are a common theme among the players.

I recently wrote about Whole Foods’ plan to move into a former Babies R Us space at Sunrise Promenade, on Sunrise Highway, in fall 2021.

Also moving into the shopping center will be The Paper Store, a stationery and gift shop that will take over a space where women’s clothing store Dressbarn used to be.

The Paper Store filed for Chapter 11 bankruptcy protection July 14, but that is not interfering with its plan to open the location next month, said Clifford Sondock, director of leasing at Spiegel Associates, the Jericho-based real estate developer that owns the shopping center.

Headquartered in Acton, Massachusetts, The Paper Store is a family-owned chain of 86 stores, including five on Long Island. Some of the stores, which are found in seven Northeast states, bear the Hallmark name outside.

The Paper Store did not respond to a request for comment.

Also, Pier 1 will close its 10,000-square-foot store in Sunrise Promenade in October, since the Fort Worth, Texas-based home decor retailer is shuttering all its stores after filing for Chapter 11 bankruptcy protection in February. A tenant has been lined up for that space, but a lease has not been signed, Sondock said.

That leaves just one space unaccounted for in the shopping center: A 1,500-square-foot, former GNC store that closed about a year ago is still vacant, but a tenant is in talks to take the space, Sondock said.

The fact that its large spaces don’t stay empty long  is unusual compared to other shopping centers these days, Sondock said.

He attributes Sunrise Promenade’s low vacancy rate, 7%,  to it being near a high-traffic highway in an area that doesn’t have a lot of space suitable for tenants seeking units of at least 10,000 square feet.

Brick-and-mortar retail in general is struggling, and the problems began long before the pandemic as shoppers shifted more of their spending online.

Nationwide, the retail vacancy rate was the same in the first and second quarters, 10.2%, below the record high of 11% that was posted in the fourth quarter of 2010, Bond said.

One factor in Long Island’s rate hitting a new record is that New York state had the strictest lockdown during the pandemic, he said.

Nationwide, most retail tenants were able to pay their rent despite the loss of foot traffic for several months during pandemic-related business shutdowns but the situation will worsen in the second half of the year, according to a Moody’s report.

Retail Roundup is a column about major retail news on Long Island — store openings, closings, expansions, acquisitions, etc. — that is published online and in the Monday paper. To read more of these columns, click here. If you have news to share, please send an email to Newsday reporter Tory N. Parrish at [email protected].