Retail Roundup: Luggage business packs it in after 52 years 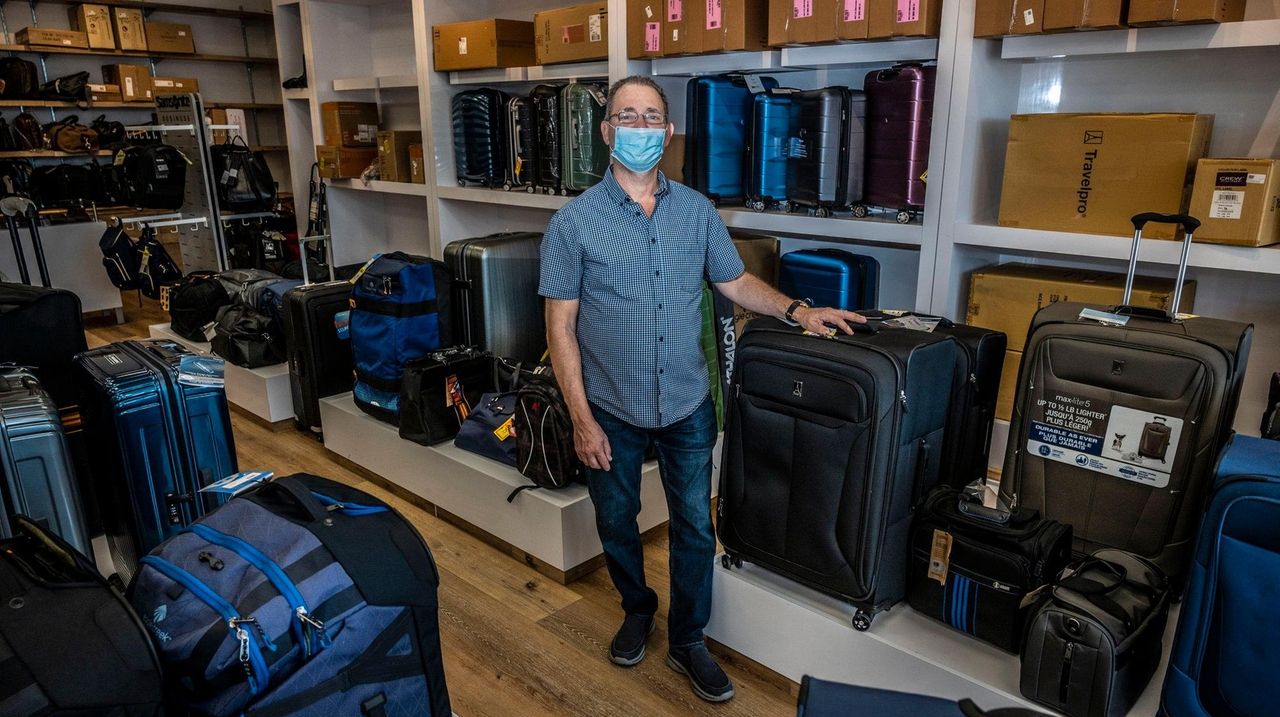 Business at E. Vincent Luggage was bustling just a year ago, the owner said.

But the COVID-19 pandemic changed the Westbury luggage store and repair shop’s fortunes, so much so that it will close this month, 52 years after the first location opened in Westchester County, owner Donald Casati said.

Sales have fallen 90% because a decline in travel has meant less consumer need for new luggage or repairs, said Casati, 62.

“I used to have two full-time repairmen who could never keep up with all the work. Now I have one man one day a week,” he said.

The shop also is an official warranty repair center for several brands, including Samsonite, TravelPro, Delsey, American Tourister, Briggs & Riley and Tumi. The shop also does non-warranty repairs of luggage and purses directly for the owners.

“We’re really experts in this field. We’re like a disappearing expertise,” Casati said.

His father, Dominick Casati, and a business partner, Elliott Rubin, founded the business in New Rochelle, Westchester County, in 1968.

Dominick Casati bought Rubin out of the business around 1973, said Donald Casati, whose father is deceased.

In 2019, the only store that remained open, in Rockville Centre, moved to Westbury, 435-B Old Country Road.

Not knowing when the pandemic would end and sales would return to normal, Casati decided to close the final chapter on E. Vincent’s story.

Casati received $36,000 in May from the federal Paycheck Protection Program, which provides low-interest loans to help small businesses affected by the pandemic keep employees on their payrolls. The money doesn’t have to be repaid as long as the employer retains 75% of its employees.

But the money wasn’t enough to keep the luggage store open, Casati said.

The shop’s going-out-of-business sale has brought in lots of longtime customers, many of whom are lamenting the store’s impending closing, he said.

“I’m telling you it’s been like a mortuary in here,” he said.

Worldwide, travel has been hard hit by the pandemic.

Spending on U.S. travel is projected to fall 40% to $583 billion in 2020 compared to last year, while international inbound spending is expected to decline 75% to $39 billion, according to the U.S. Travel Association, a Washington, D.C.-based trade group.

The number of trips in the United States taken by U.S. residents is projected to fall 30% to 1.6 billion, which will be the lowest number since 1991, which also was a recession year, according to the association.