Researchers testing light technology that could protect against the next pandemic 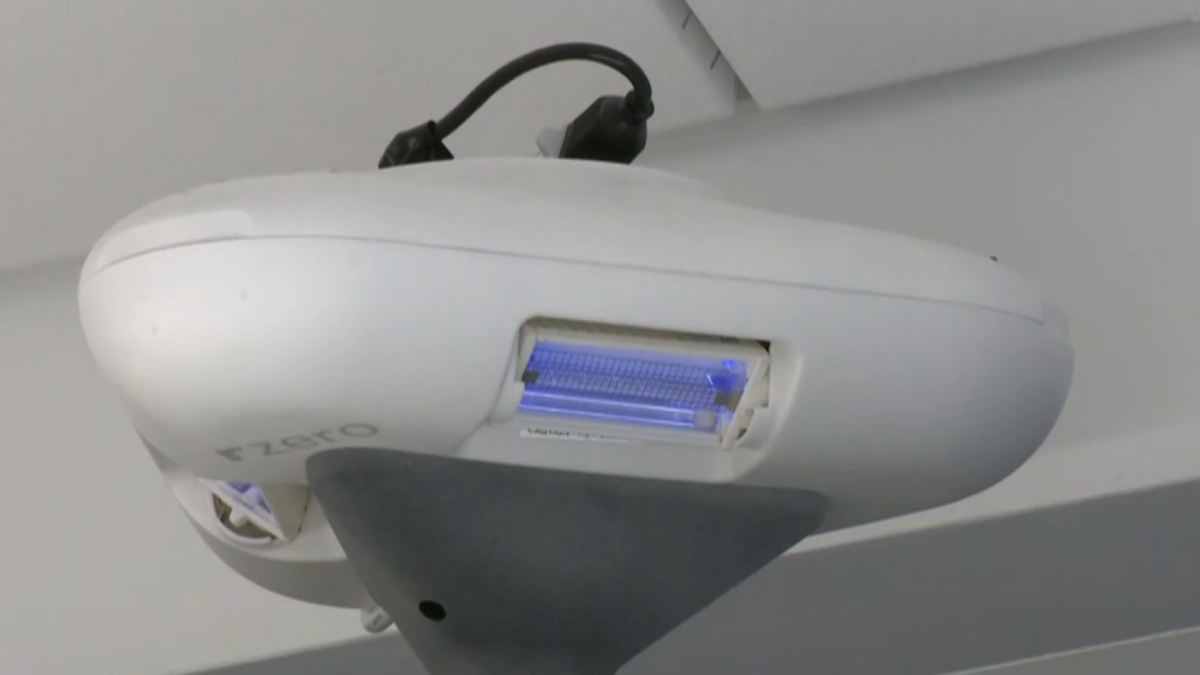 New technology could add another layer of protection against the next pandemic by simply turning on a light. Researchers are exploring a new way of using ultraviolet light to make indoor air safer.

“It’s been known for 80 years or so that ultraviolet light can kill bacteria and inactivate viruses in the air so that they’re no longer infectious,” Don K. Milton, professor of occupational and environmental health at the University of Maryland School of Public Health, told CBS News.

Conventional UV-C light has been used extensively in places like hospitals, homeless shelters and prisons. But that conventional UV light can damage the skin and eye, so should not be shined directly at people.

A shorter wavelength — called Far UV-C — can’t get past the top layers of the skin or the tear layer of the cornea.

Milton envisions portable devices, like one developed for the Pentagon or ones mounted in ceilings and pointed downwards, to limit the spread of pathogens in places where people gather. They’re already being used in some restaurants, airports and buses.

“We could be putting these into places where people gather, reducing the ability of the virus to transmit in these congregate settings,” he said. David Michaels, a professor of environmental and occupational health at George Washington University, told CBS News that he hopes the technology will be part of a layer of protection against airborne pathogens that includes ventilation, filtration, masks and vaccination.

“You can’t just say, ‘wear a mask, get vaccinated.’ Got to make sure the air is clean, the air is safe. And Far UV-C is one tool that’s really very effective,” Michaels said. “You need layered protection. And we know that you can have super-spreader events in indoor areas where everybody is vaccinated and they’re tested. So we have to do better.”

Michaels, the former assistant labor secretary for the Occupational Safety and Health Administration under the Obama administration, said he expects professional organizations to issue safety recommendations around Far UV-C technology before it gets government approval.

“OSHA’s not going to give regulatory approval, but OSHA will hopefully eventually say this is one thing you can include. But OSHA doesn’t give approval to any one technology. OSHA says it’s up to the employer to figure out how to make it work. And here are some options,” he told CBS News.

“I’m hoping that OSHA moves quickly to make those requirements, not just for germicidal UV, but across the board, because right now OSHA doesn’t have a standard for airborne infectious diseases.”

CBS News reached out to OSHA, and the agency pointed to its current guidance on protecting employees in the workplace. “OSHA is currently working on an infectious disease standard that, if adopted, would address airborne pathogens in both health care and other high-risk settings,” a spokesperson from the U.S. Department of Labor told CBS News.

The Centers for Disease Control and Prevention told CBS News that recent research on Far UV-C has been promising, but more research is needed. The Food and Drug Administration said long-term safety data is lacking.

“I’m a scientist and there’s always another question I want to answer, but I think the risks are minimal and the advantages of this technology are huge,” Milton said about whether he thinks the technology is ready. “And so we need to begin using it some more.”

Inside DEA lab as agency cracks down on fentanyl