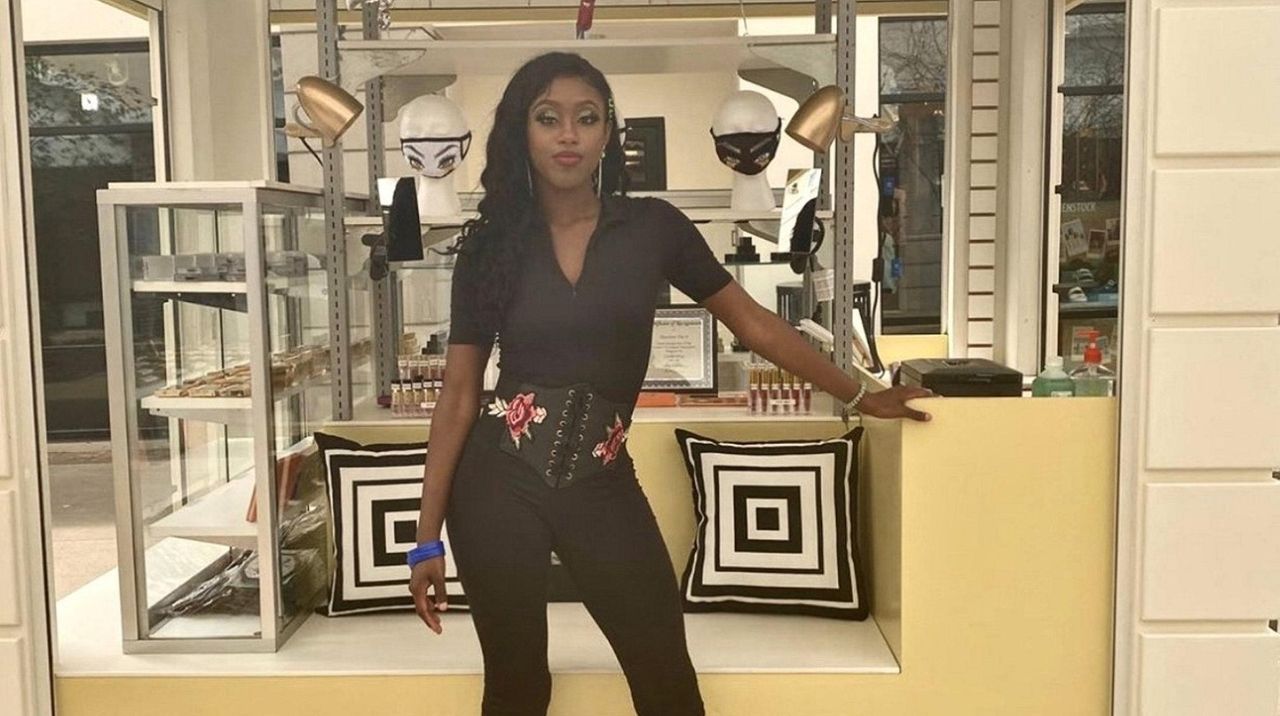 Spurred on by the tragic death of her best friend, Destinee Pierre, 21, hopes to create a makeup empire. She’s on her way with her own makeup brand, PrettyEyez sold online and from a swanky kiosk that she opened in June at the Tanger Outlets in Deer Park where she offers everything from lip gloss to lashes and where folks go to get their makeup done.

She lost her friend, Stefan Smith, 20, of Elmont, in a fatal car accident last July, and, says Pierre, “On the day he died, he sent me a text that said, how he was really proud of me. It said, ‘You’re doing a great job and I love you kiddo.’” Pierre, who then was a makeup artist for NYX Cosmetics and had developed her own line, says his death motivated her. “At the time, I didn’t have a name or a full vision. And I thought what better way to honor him by the name … I used to call him, “pretty eyes.”

PrettyEyez products — all cruelty-free, some vegan — are sought after, says Pierre, because, “they offer a lot of cultural diversity and look good on all kinds of skin and different skin tones. I wanted my brand not to exclude anyone and I was very hands on with the formulation.” Hottest product of them all? “Everyone wants my lashes,” she says (these range from $12-$15). “The standard is that you can wear lashes 25 times if you take good care of them. These last much longer.” The PrettyEyez collection is affordably priced with lipsticks going for from $8-$12 and eye shadow palettes running from $16-$22.

She developed the look of her kiosk, “In my room late at night. I was putting pictures on pictures. The day I put the dream together it built chills. I wanted it to be clean and stylish.” Her family helped bring the dream to fruition. Her sister Bryanna, 17, developed the logo. And though Pierre wanted to use an image of her friend’s eyes for the packaging, photos did not translate well, so it’s her mom, Alysia’s eyes that are represented, swathed in “gold glitter tears,” says Pierre, “because my friend had a heart of gold.”

In September, Pierre plans on opening a free-standing 1,500-square-foot store at Tanger, Riverhead. “I want to be Sephora,” she says. “I dream big.”

PrettyEyez Cosmetics is located at 152 The Arches Circle in Deer Park. Shop online at Prettyeyezcosmetics.com.