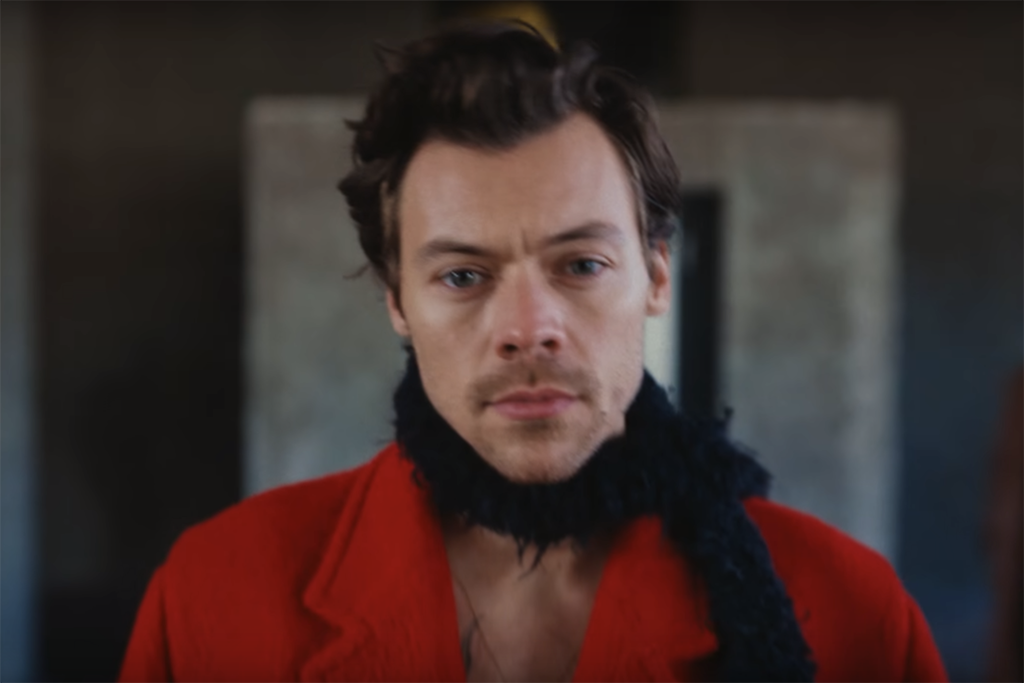 It’s no surprise that Harry Styles is driving fashion trends this morning. The singer released the music video for his new single, “As It Was,” on Thursday night to much fanfare.

In the video, Styles is seen shedding layers of clothes — including a red Bianca Saunders coat and Dries Van Noten scarf — only to reveal a matching red glittering jumpsuit.

The custom look, from designer Arturo Obegero, featured high-waisted trousers and its querelle top crafted in deadstock sequin and jersey. To complete the outfit, Styles paired the ensemble with a pair of go-to heeled black leather booties.

After the “As It Was” music video premiere there was a 212% surge in demand for “Men’s Jumpsuits,” according to Love the Sales, a global fashion marketplace tracking demand and sales data.

Styles is also creating a shopping surge for “Men’s Red Coats” and “Men’s Sequin Trousers” with a 150% and 36% increase, respectively.

Fashion fans also can’t stop talking about the star’s use of nail polish in the video. Styles can be seen with his finger nails and toes painted in a matching red color that has garnered a 61% bump in beauty demand for the “Men’s Nail Polish” search term.

By the end of the video, Styles sheds his shoes, the red jumpsuit and is wearing only a pair of red boxers from Merz b. Schwanen. Watch the music video below.

“As It Was” is the first single from “Harry’s House,” Styles upcoming album, which is set to drop on May 20.