Brazilian science and technology minister to step down as elections approach 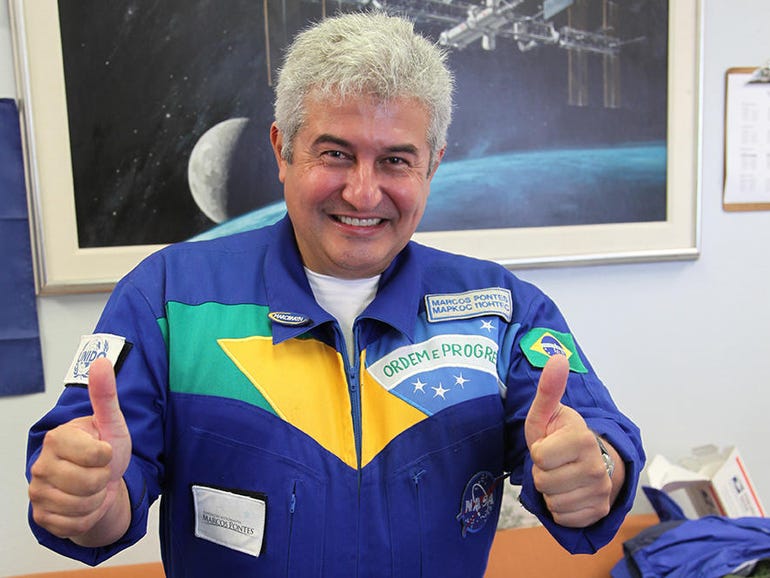 The Brazilian science and technology minister Marcos Pontes has announced he will be stepping down from his role this month with hopes to get elected in the country’s upcoming elections.

At the Mobile World Congress (MWC) in Barcelona yesterday (1) Pontes told journalists at a press conference he will be leaving the Ministry of Science, Technology and Innovation (MCTI) to run for federal deputy of the lower house of the National Congress in October 2022.

Pontes said he communicated the decision to Brazil’s president Jair Bolsonaro and will be choosing his successor himself, and has already handed over a list of suggestions to the head of state. However, the minister refused to disclose the names and said the announcement of the next incumbent be will be made by Bolsonaro.

A lieutenant colonel of the Brazilian Air Force, Pontes was the first Brazilian astronaut to occupy the International Space Station, in 2006. The engineer had been leading the MCTI since the start of the Bolsonaro administration in 2019.

At the time, the Ministry also had the Communications remit. This changed in 2020 when the government re-created the Ministry of Communications ahead of the 5G auction, which took place in November 2021. When Pontes took over the MCTI, his intention was to use technology to drive job creation and focus on higher education — though grants to Brazilian researchers were significantly compromised in the Bolsonaro administration.

Under Pontes’ leadership, Brazil made some progress in areas such Internet of Things and artificial intelligence, with the launch of various research centers nationwide. Conversely, also under his watch, the government decided to liquidate the national semiconductor company, CEITEC, before trying to sell it as part of a privatization program.

The Brazilian science and technology ministry also suffered a number of budgetary cuts whilst led by Pontes, who openly criticized the decisions. In May 2021, the minister said the drastic budget reductions in his department compromised the basic maintenance of various science and technology research organizations, such as the National Institute for Space Research, which, among its attributions, monitors fires in the Amazon rainforest.

In October 2021, the budget situation for MCTI became critical, and Pontes was slammed by the country’s economy minister Paulo Guedes over his management of taxpayer money.

Among his achievements over the last couple of years, Pontes cited the work to rebuild the Brazilian space program. The outgoing minister also said one of his greatest dreams is to see another Brazilian astronaut. “I’d like Brazil to have its own Space X, Blue Origin, all of them”, he noted.

Pontes’ focus on space initiatives was also criticized by the economy minister, who said last year he has always supported investment in science, but public funds ended up going towards rockets.

At the time, Guedes used the word “dumb” to describe the MCTI minister and, in the same context, he complained that incompetence is rife in the administration of public resources and that execution is lacking across many government departments. After consistent budget cuts, the resources available to the ministry increased in 2022, to 6.9 billion Brazilian reais ($1.3 billion).

print business cards near me