Betsey Johnson talks about her memoir, her days on LI 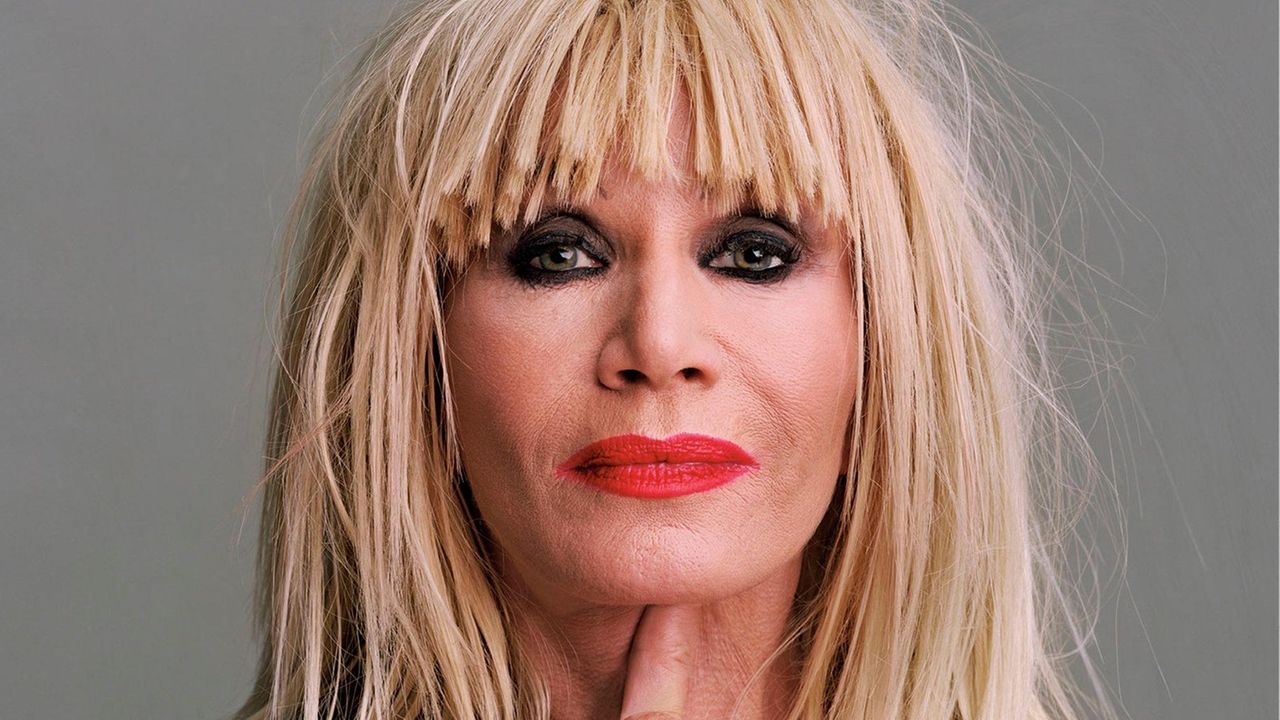 Walk into a room filled with women and mention designer Betsey Johnson and many, of all ages, will regale you with stories of their first or best “Betsey” dress that they wore to a prom, sweet 16 or saucy night on the town. These are among the legions whom Johnson, 77, still calls her “Betsey girls.”

After more than 50 years in fashion, the ebullient designer and former East Hampton resident has finally decided to tell her story in “Betsey: A Memoir” with Mark Vitulano (Viking, $28) due Tuesday. Surprisingly, the book has less to do with her flamboyant clothes — which, Johnson agrees, “speak for themselves” — and more to do with the pieces that made up the fabric (pun intended) of her life. Her story includes highs such as having her daughter, Lulu (now 45), and being the youngest winner of the Coty Awards, and lows — bad marriages, breast cancer, bankruptcy and heart surgery. Through it all, Johnson’s creative force and positivity prevail.

We caught up with her by phone from her newish trailer park home in Malibu, California, where she said she was looking at the mountains and the ocean.

Your last fashion show was five years ago and there have been plenty of opportunities to tell your story. So why a memoir now?

I’m old enough to have a [expletive] memoir. I just lived through so many decades and in the mid-’80s the hounds were after Chantal Bacon [her business partner] and I to do a book. But there was no money, no advance given and we had to pay for it and we couldn’t afford it. We would have rather opened a store.

My dear friend Mark for the last four or five years was bugging me to do a book and I kept on saying, ‘Mark, I’m too old … no, no, no.” But then Simon Doonan got me through to a couple of book companies, and at this time, it wasn’t their idea, it was my idea, and sure enough, we got an advance.

Now that I’m 77, I’ve gone through a lot of phases to talk about — single mothering, breast cancer, open heart surgery, my three husbands. As long as it had pictures in it and didn’t take more than two-and-a-half hours to read. I wanted to do it. It is very me, very positive and upbeat.

You had several really bad marriages and relationships, difficult health issues and you just moved full speed ahead. How is the current situation in our country affecting you?

Well, I was very disappointed not to do my cross-country bookstore tour. It’s a bummer but an acceptable bummer. … As for tough things in my life, I was always a worker and I knew I had to move on. It was like a self-inflicted lobotomy. I always loved those horses in the city, and the way I got through it all was putting my horse blinders on, and blocking everything out. I know it sounds so trite and stupid. But I was always an optimist and I still am.

The book is very conversational, like you’re talking to your best girlfriend.

I’m glad you felt that way. That’s exactly how I wanted it to be. [Laughs] Put that on my tombstone, “All I wanted to be was a best girlfriend.”

Is there one seismic moment that you think changed the course of your life?

Oh, definitely having Lulu, she takes the cake. I always knew I wanted to have a kid; I had no idea where to find a guy to have one with. I got pregnant by mistake. Lulu’s father was the worst and thank God, we weren’t married. Why do I choose such horribly, cold, awful men? I have great friends who are boys, but these guys I choose to marry I pick these completely opposite people from me. John Cale from the Velvet Underground was my best husband, but at the time we were on opposite planets.

We’re interested in your Long Island connection (Johnson purchased her house in East Hampton’s Northwest Woods area in 1999 and sold it in 2016).

Oh, my house in East Hampton was heaven to go to. It was my own little private Idaho getaway. It was in the woodsy part of town, and it was very old fashioned and New England-y. It was a great place to work, I could go out there on the weekend and get light years done alone. I loved it but equal to New York. That house seemed like balance to me and I do feel better when I’m around green grass, flowers and nature. I really lived in the flowers there.

You discovered that you had breast cancer, finding it when your breast implant deflated, and after surgery spent time recuperating in the Hamptons?

Lulu and I got into a car service after the lumpectomy and headed out to the Hamptons. We didn’t tell anyone. We figured we’d just hole up there for a few weeks. But I had forgotten that I was in the peak of tearing the house apart, it was a construction zone and it literally had no floors. So, we went to my absolute favorite hotel there, the Maidstone in East Hampton. It’s a very old, fireplace-y hotel and we just holed up there for weeks.

You dedicate a chapter to Steve Madden, who grew up in Cedarhurst. How come?

Steve Madden pulled me out of the sewer. If he had not bought my company [in 2010], the Betsey Johnson label would have evaporated. I love Steve and I always felt he was supporting me. We have a very unserious relationship. I might sit on his lap or punch him in the stomach. We were in bankruptcy; I don’t know what would have happened if it weren’t for him.

I know you’re still working on your stuff for Madden, how’s that going?

I’m still doing my drawings and designs but it was a hard transition from owning my own company to working in such a corporate world. I started out going against the grain and realized I could get more out of it going with the grain. I decided I’m going to be little Miss Inspiration and do what I like, what I enjoy, what I think is going to be next, because there is always is a next. My ideas don’t have to live in a season or timeline, I’m not talking to buyers, I’m talking to my design team if they get one little piece of inspiration or a little idea than it’s good.

OK, so last question and you knew it was coming: Can you still do a cartwheel into a split?

I split all the time, but I will only do a cartwheel on grass these days because of wobbly runways and slippery floors. Now when I do appearances, I always split and I have a split fan club and they do splits with me.

By Anne Bratskeir Special to Newsday